Wall House II is a new house in historic North Adelaide. The brief called for a design that was unabashedly contemporary while integrating seamlessly into the brick and stone context of this 19th century suburb.

The radical geometry of the plan orients the house to both the local North Adelaide streets and the grid of the Adelaide CBD. This produces a series of irregular shaped courtyards in much the same way that the triangular “squares” of North Adelaide are generated by the intersection of local street grids. These courtyards provide a generous green buffer zone between the street and living spaces connecting the house to the city while maintaining privacy. The relationship to the city is taken a step further in upper floor where the internal geometry shifts again in order to provide views back to the city as a kind of “outlook tower.”

The materials used in the construction house have been kept extremely restrained with local Adelaide bluestone from the Kanmantoo quarry used extensively in the façade. The bluestone anchors the house in its historic context and set into this heavy masonry base the light weight spotted gum-clad volumes of the sleeping and study spaces appear to float on and behind. This restraint in materials is carried through to the interior where flagstone paving and jarrah floors and joinery connect the house back to the garden and courtyards. 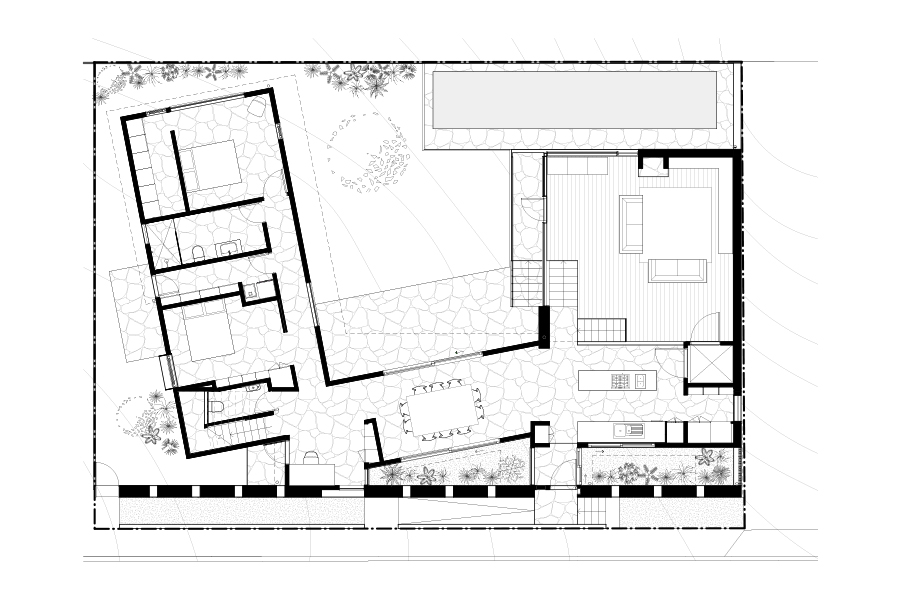 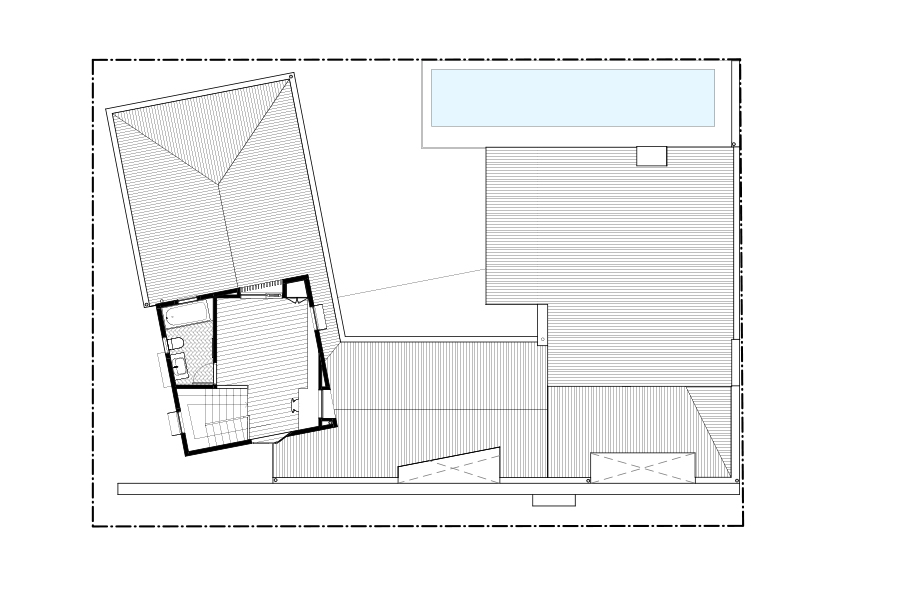